How did a fireman become the top executive of a bonding company? 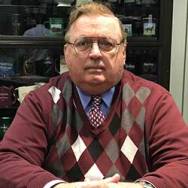 Pat Senior (we have two) grew up in Newark NJ, the oldest of five children.  Since 1943 his family was the owner / operator of The Ark, a Newark restaurant, bar and liquor store.  Pat grew up in the business and at age 19 was thrust into a management role upon the untimely death of his father.

Pat proceeded to run and grow the business over the course of the next 20 years, building up their volume more than 10-fold! The business was concluded when the city took over the Ark property for construction of a new housing project.

For 14 years Pat served the city of Newark as a fireman. He survived the 1967 riots – a tragic period that resulted in the shooting death of his boss, Capt. Mike Moran Sr.

Pat served as a board member and finance chairman for the Shepherds of Youth Charitable Trust in Newark.  He was also chairman of the Veterans Hospital.

He became a professional lobbyist during these years, which gave him contact with group insurance programs and lead to the formation of an insurance company.  In 1979, First Indemnity of America, aka FIA Surety was born under Pat’s leadership!

The company started with six employees and occupied three locations over the years.  Our staff eventually grew to 40.  Our home office is now in beautiful Morris Plains, NW of Newark, NJ.

Today Pat is still “captain of the ship” FIA Surety, and is also a deep-sea fishing captain.  Two of his three children work in the business, and he boasts five grandchildren.

Pat built our business on relationships and he remains accessible to our agents and clients every day.