You used to love them.  They were so easy.  Now they are in dollar amounts and percentages, sometimes with a limited maximum value.  They can be electronic or digital.  Sometimes a letter is required instead.  Sometimes nothing is required instead! There may be a single or annual charge for it or maybe it is free! It’s outta control…

So here is your chance to catch up with everybody’s favorite: The fun and fascinating world of Bid Bonds.

The Basics
These instruments accompany a contractor’s proposal during the acquisition process for a new project.  This is routine on public work, such as federal state and local municipal contracts.  The procedure may also be used on private projects at the contract owner’s discretion.

The bond guarantees that, if awarded, the bidder will sign the contract, furnish the required Performance and Payment Bond, and commence with the work – or – pay the difference between their bid and the next higher bidder (subject to the maximum dollar value of the bid bond.)

Cost
Usually free although the surety is entitled to charge for them.  Typical charges could be an annual bid bond service fee or a per bond charge.

Bid Spreads
If the bidder is more than 10% below the next bidder without a plausible explanation (we have a special machine,  already have materials, are already working next door, we’re super fabulous, etc.) the surety could decline the final bond, resulting in a bid bond claim.

Alternative Forms of Security
In addition to a bid bond, proposals may also be secured using a cashier’s check or irrevocable letter of credit, depending on what the project owner (Obligee) is willing to accept.

Percentages
The Invitation or Bid Solicitation describes the proposal requirements.  It will state if a bid bond is required and the amount.

The bond value is often expressed as a percentage. Example “20% of the attached proposal amount.”  This is convenient because the underwriter doesn’t want to know the actual bid amount (to preserve the bid confidentiality).  It is the best way to express the exactly correct amount when typing the bond in advance.

Capped
Because the percentage bond actually has an unknown dollar value at the moment it is executed, language is sometimes added establishing the most it can be worth (to prevent a wildly high amount the underwriter didn’t expect).  Example, “10% of the attached bid, not to exceed $100,000.”

Fixed Penalty
“Bond Penalty” is the term used to express the bond dollar value.  A fixed penalty bond has a stipulated amount, regardless of the bid.  Example, “Maximum bid bond amount required: $20,000.”

Surety Letter
Some owners choose to require a letter from the bonding company, but no bond. Federal projects are handled this way at times.  The letter talks about how much they love the client and the contracts they are willing to bond.

Consent of Surety
This letter is the surety’s written promise to issue the P&P bond if the contract is awarded.

Electronic
A scanned copy (pdf) of the executed bond may be acceptable for an online bid.

Digital
Some state departments of transportation use this.  The surety registers with the obligee in advance and the bid bond is “filed” online using a unique identification number.

No Free Lunch
If you default (cause a bond claim), the surety will come after the contractor, it’s owners and spouses for recovery.  Remember: Bonds are not insurance. 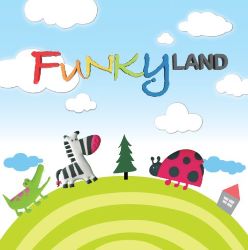 Now some of the weird stuff:

Make Bid Bonds Great Again
So there you have it.  These instruments are fussy and sometimes complicated.  It is imperative that they be executed correctly and filed on time or it can cause the bid to be thrown out (loss of contract.)  This always makes people very crabby (Read as: LAWSUIT).

The key is to review the written bonding requirements as described in the bid advertisement. Use any mandatory bond forms that are stipulated and double check the correct execution and typing of the document including name spelling, job description, project identification details and the correct bid bond amount.

Now that you know, you can start to love bid bonds again!

FIA Surety is a NJ based bonding company (carrier) that has specialized in Site, Subdivision, Bid and Performance Bonds since 1979 – we’re good at it!  Call us with your next one.