There have been 24 movies about Superman, but I loved the original TV series starring George Reeves (the real Superman). Even before that, there were Superman comic books published by DC Comics. 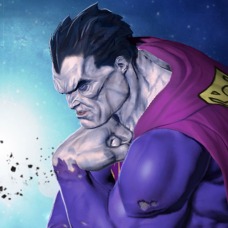 The character, “Bizarro #1,” first appeared in 1958 – a mirror image of Superman but from a world where everything was opposite from that of humans. That was over 50 years ago, but strangely, there is a little piece of Bizarro World that still survives today. It is alive in our surety rate system. See if you agree…

Bizarro Fact: The bond rate is based on the contract amount, the full $1 million!

Sureties often issue a Performance and Payment Bond in a single combined instrument that states the bond amount once (the penal sum). However, if required, they will issue two separate instruments, one Performance and the other Payment, each with it’s own penal sum (double the amount in the combined bond form.)

Bizarro Fact: When required to issue this double bond amount, the bond premium remains the same as for the combined bond form!

The contractor has already started the project. Now it has been verified that 50% of the work is completed and accepted by the project owner. It is confirmed that all related bills have been paid. It is apparent that 50% of the exposure has been eliminated.

Bizarro Fact: The bond costs the same as if it had been issued at the start of the work. There is no reduction or recognition for the portion of the exposure that has been eliminated.

The contractor has negotiated a $1 million contract. Now the project owner has indicated that a P&P bond must be provided. The surety states that the cost of the bond will be 2% of the contract amount. Is the cost 2% of $1 million ($20,000)?

Bizarro Fact: No! The correct calculation is 2% of $1,020,000 or $20,400. The bond premium is calculated on itself, even though it cannot be classified as part of the contract exposure.

There you have it: The upside-down world we actually live in. Naturally there are justifications for all the procedures sureties use, but still, they are Bizarro!

FIA Surety is a NJ based bonding company (carrier) that has specialized in Site, Subdivision and Contract Surety Bonds since 1979 – we’re good at it!  Call us with your next one.